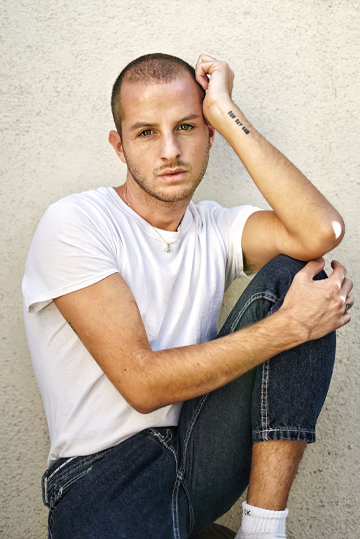 Davide Micciulla is a Video Art Director from Syracuse, Sicily.
He had a unique start to his filmmaking career, though. As a child, he dreamt of a life of discovery – archaeology.
This childhood aspiration led to a deep fascination with photography.
His passion enveloped him, so much so that his father called it, “A second skin”.
Once captivated by the art of imagery, he set his sights on investing in a camera. He saved up money and, as soon as he was able to, purchased his first real camera – his greatest companion on many adventures in his youth.
At 18, he decided to leave his beloved hometown for Milan where he began studying Art Direction at Naba.
It was in this program that he discovered a new medium – one that encapsulated all of his desires.
Video Making allowed Davide to express himself through living images.
He honed his craft and began his collaborative career with fashion designers and agencies before eventually becoming an official video contributor for Elle Italia.
Still, Davide commits his time and energy to learn more, maintaining his focus and enthusiasm throughout his professional journey with an unmatched thirst for knowledge and experience.
Within a few years, he has been able to truly immerse himself into the fashion industry, signing contracts with international companies such as H&M, Shiseido, and Samsung.
His videos have been aired on national TV channels such as Mediaset and Rai.
More recently, he worked for Alexandre Birman, Booking.com and with such importants stars of Hollywood as Demi Moore and the celebrity of Gossip Girl, Ed Westwick. He was nominated as one of the 100 New Wave: Creatives in the world from the British Fashion Council. Even so, he has only just begun accomplishing his goals and will continue to explore the world of art and creativity – the only world he wants to be a part of.